With a new project, the Industrie 4.0 success series focuses on practical engineering deployment

BaSys4Transfer is more than just a research project

Since October 2022, 13 partners from research and industry have been collaborating in the new research project “BaSys4Transfer” to implement a Industrie 4.0 toolbox of engineering solutions. The focus is on the open-source Industrie 4.0 middleware Eclipse BaSyx. The goal: To make Industrie 4.0 easy! The project, led by the Fraunhofer Institute for Experimental Software Engineering IESE in Kaiserslautern, builds on the successful work and the results of the previous funding projects BaSys 4.0 and BaSys 4.2. In this third project, the middleware, which is currently being successfully used primarily by “early adopters”, is to be made fit for widespread use. The German Federal Ministry of Education and Research (BMBF) is funding the project over a period of three years with a total of 6.7 million euros.

Basys4Transfer offers the opportunity to bring digital production lines and digital supply chains into practice. Dr. Thomas Kuhn, project manager of BaSys4Transfer and Division Head Embedded Systems at Fraunhofer IESE, describes what is important when engineering Industrie 4.0 plants with digital twins by means of BaSyx: “From the two predecessor projects BaSys 4.0 and BaSys 4.2, we have a functional Industrie 4.0 toolbox. Now we need a development environment in real production, that is, an engineering environment that makes these tools available. We need to support users in the integration of Industrie 4.0. This is more than just PLC programming; it is about networking data flows.”

On the background of the Industrie 4.0 research series “BaSys”
BaSys4Transfer is the third core project funded by BMBF in the area of Industrie 4.0 middleware – the two predecessors are the research projects BaSys 4.0 and BaSys 4.2. Since July 2016, BaSys 4.0 has been laying the foundations for implementing and establishing uniform standards for Industrie 4.0. The open-source middleware Eclipse BaSyx was developed for this purpose. This basic technology enables companies to provide and link all necessary manufacturing services with the help of asset administration shells. In this way, production steps can be tested virtually before they are carried out in order to eliminate possible sources of defects at an early stage.

Building on this success, the project BaSys 4.2 followed in summer 2019. It comprised the overarching modeling and optimization of manufacturing – from processes to devices to products.

In a separate program, small and medium-sized enterprises have been able to implement Industrie 4.0 use cases with Eclipse BaSyx since 2018. By now, Eclipse BaSyx is being used by SMEs in 25 implementation projects to solve Industrie 4.0 challenges. The experience gained in this way is being incorporated into the continuous further development of Eclipse BaSyx.

In parallel, the BaSys überProd project started at the beginning of 2021. Until the beginning of 2023, the project team in “Basic system for cross-company production support” (BaSys überProd for short) is working on establishing Industrie 4.0 applications with Eclipse BaSyx in industry. The focus here is on practical issues, such as updating controllers in the field, but also on describing capabilities with the help of ontologies. By funding BaSys überProd, the German Federal Ministry of Education and Research is making a targeted effort to develop reusable solutions for the transition to flexible Industrie 4.0 production.

In the newly launched project BaSys4Transfer, the engineering of Industrie 4.0 solutions with Eclipse BaSyx will be improved over the next three years to make Industrie 4.0 accessible for a wide range of users. 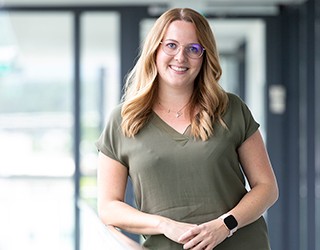