System modernization as the first step
towards Industrie 4.0

In a BaSys satellite project with Fraunhofer IESE, HÄFNER Präzisionsteile Oberrot GmbH has developed a solution for the cross-company exchange of data in order to modernize their legacy system.

What it is all about:
System modernization using a Digital Twin for data exchange

The challenge:
Use of Digital Twins across company boundaries

The support:
Fraunhofer IESE accompanies HÄFNER Präzisionsteile Oberrot on its way to Industrie 4.0 by updating their legacy system

The result:
Creation of a platform for cross-company data exchange along the supply chain

Your benefits
We support you in modernizing your legacy systems to make Industrie 4.0 a reality

System modernization as a basis
for Industrie 4.0

All information on the BaSys satellite project “BaSys4SupplyQ” with HÄFNER Präzisionsteile Oberrot at a glance for download.

What it is all about: System modernization using a Digital Twin for data exchange

HÄFNER Präzisionsteile Oberrot GmbH is a producer of high-precision weights in single to small lot productions, partly highly individualized. This means that a wide variety of different geometric forms of weights are manufactured. The weights are regularly recalibrated after the initial calibration, with the interval being determined by the customer.

In both cases, data must be exchanged across company boundaries. The aim of this project is to use Digital Twins at precisely this point as the basis for a service platform for exchanging data with customers. In the form of the asset administration shell, this is one of the central concepts of Industrie 4.0.

The challenge: Use of Digital Twins across company boundaries

At the beginning of the project, the biggest challenges were dealing with Digital Twins and connecting them to the existing infrastructure. On the one hand, the technology is very new and was still in the active development process at the start of the project. Specifications and tools for the asset administration shell were used in practice with industry partners for the first time in the satellite projects. On the other hand, the concept of Digital Twins is interpreted differently by different parties; i.e., a uniform understanding had to be created first.

The support: Fraunhofer IESE accompanies HÄFNER Präzisionsteile Oberrot on its way to Industrie 4.0 by updating their legacy system

The collaboration between Fraunhofer IESE and HÄFNER Präzisionsteile Oberrot started at the beginning of 2020 and is expected to continue for several more years. After the successful completion of the current satellite project “BaSys4SupplyQ”, a follow-up project is being planned for two more years.

The first step was to establish a common understanding of the BaSys world and also to become better acquainted with the AS-IS status of the existing software systems and processes at the company. Based on this, concrete requirements could be elicited, which were implemented in the course of the project. The project partners collaborated closely in every step – from data inventory and data modeling to the architecture documentation to the implementation and integration of the resulting system.

For the exchange of calibration data, the project team developed a platform that is already available as a prototype. System modernization at HÄFNER Präzisionsteile Oberrot will continue to be actively pursued in the coming years.

This is what Martin Häfner, Managing Director HÄFNER Präzisionsteile Oberrot GmbH, has to say:

“Through the collaboration with Fraunhofer IESE, we have successfully completed a very important milestone for our company in the context of our digitalization strategy.

The outstanding expertise and excellent project management of Fraunhofer IESE elevated the project to a very professional level.”

The result: Creation of a platform for cross-company data exchange along the supply chain

In addition to the quality of manufactured components, the customer portal that was developed can also provide supplementary information from production. This represents a differentiating feature compared to other companies on the market. In addition, the results of the project can be used to create an extended service platform for the customers. Work on this will be continued as part of the follow-up project “BaSys4ServiceNet”.

In the new project, the focus will be especially on the changeability of the system. The new project will also investigate to what extent BaSys will enable new digital business models for HÄFNER Präzisionsteile Oberrot.

Fraunhofer IESE is your partner for individual system modernization on the way to Industrie 4.0

Fraunhofer IESE supports you in modernizing your legacy systems to make Industrie 4.0 a reality.

Talk to us! Using software-based and digital innovations, we develop customized solutions for you. Benefit from having Fraunhofer as an industry partner on your way towards Industrie 4.0.

Find out more about Industrie 4.0 and BaSys

Fraunhofer IESE offers individual, field-tested systems and software for complex challenges in the context of Industrie 4.0.

Satellite projects for the further development of BaSys 4 in practical use.

Find out more about Eclipse BaSyx. 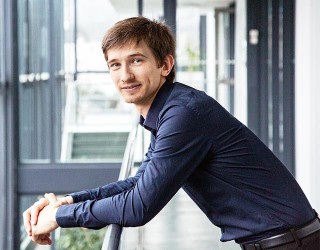