In the research project FabOS, Fraunhofer IESE is involved in developing an open, distributed, real-time-capable, and safe operating system for production in an Industrie 4.0 “Smart Factory”.

Within the framework of the innovation competition “Artificial Intelligence as a Driver for Economically Relevant Ecosystems”, funding is being provided for projects that focus on the digital transformation of the economy with regard to Artificial Intelligence. These projects also include FabOS, whose goal it is to develop an open and distributed as well as real-time-capable operating system for production. It is intended to form the IT backbone for the changeable automation of the factory of the future and the basis of an ecosystem for data-driven services and AI applications. Hybrid cloud platforms and IoT applications are core elements of cyber-physical architectures and will be the basis of future production solutions.

FabOS is a platform modeled on an operating system that provides components that link machines, infrastructure, and services the way an operating system does with user programs and the hardware in the form of an abstraction layer. The previous preliminary work of the partners involved – such as Fraunhofer IESE’s open-source Industrie 4.0 middleware BaSyx – is seen as key components that are combined to form an overall concept. This makes it possible to develop real-time-capable, cross-domain value networks for the AI-supported autonomous production of the future.

Funded by: German Federal Ministry for Economic Affairs and Energy

Talk to us! Benefit from having Fraunhofer as a research and industry partner!

We will be happy to support you and make time for you!

Schedule an appointment with us, by email or by phone. 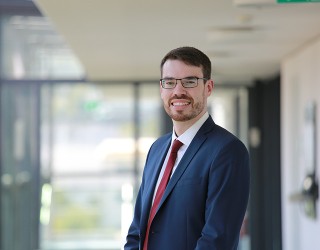